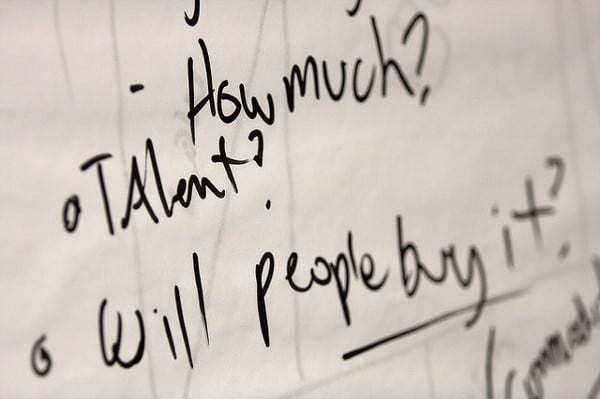 Don’t get me wrong, I like the startups’ world. I like the passion, the enthusiast, the culture, and the innovation that is happening in startups. On the other side, there are some concepts that people are spreading that irritates me. I know I may be stoned on the public place for this post, but I had to share my annoyance with others.

Being your own boss is the only real way to live

Let’s be clear, starting a company is not for everybody. Even people that have the aptitude, and the Will to do it, may not want to do it for different reasons. There are some pros, and cons to be an employee, but there are also pros, and cons to be your own boss. It’s not true that the only ultimate way to be someone in life is to start your project, your company, or your startup. Some people are happy by being employee, and they’ll have a wonderful career. It’s a choice, like everything else. On my side, I did both, and for now, I’m pleased to be an employee as in my role, I have the advantages of an employee, and the one of a freelancer.

The ultimate target is an exit

I have the feeling that most people who build startup, just want to get buy. Of course, who doesn’t want to get tone shit of money for the work they did, but some others want to continue to work, and live with their product. You had the idea, you built it, you marketed it, you are proud of it, and you want to continue to do so. Many small, and big companies are working like this. I think there is no shame to want to make a living out of it, instead of just trying to find the right investors who will buy everything you did. I had a discussion with some people who wanted to create a startup, but were afraid to take their own path as everything they read/saw was about raising money, and selling. Maybe I’m just ignorant, and startups are only about making a product to be buy by someone…

Let’s get real here; so many people are expecting a millions dollars exit or to be the next Facebook. I’m a big believer in the fact that you need to have goals, but you also need to be realistic. Of course, nobody has the goal to fail, or to be just average, but not every startup will be successful, and for those that will succeed, they won’t all make millions. It’s not an easy world, there are a lot of competitors, a lot of new ideas, and many are fighting to get the attention, and the money they want. Like in anything else, you need to fix your goals, and face the truth. I just would like people to be more honest as I saw many credulous people take those words as gold. Sometimes, it makes me think of the gold rushes in the 19th century.

Mentorship is all about marketing/startups

This one may be a bit more personal. I saw many mentorship programs, incubators, accelerators that are there to help startups to start, to grow, and to be successful. Most of the time, they are focusing on people who were/are part of startups, or marketing people. Don’t get me wrong, marketing is important; it’s even critical. You can have a good product, but if you don’t reach your audience, you’ll fail. On the other side, you can have the best marketing folks with you, if the product sucks, you’ll fail, and probably even harder as you’ll get attention for a shitty product. As a technical guy, I would like to see more technical mentors in those programs. Customers may not care about how you built your product, or which technology you used, but with a bad infrastructure or a not so good choice of technology, you could hit a wall: spending money on awful technology, infrastructure not decent enough for your “The Verge” moment (what we used to call your Slashdot moment), losing time as money with refactoring… It’s why I liked the fact that Microsoft had an Evangelist at Notman House to hang out with FounderFuel cohort (used to be me). I also would like to see more mentors not coming from the startup world. It may sound weird at first, but think about it; they still have experience, and opinions that can help you to be successful.

I may have chosen an exaggerate title for this post, but those points aren’t less important, and I’m not sure they are helping the startups’ culture. For the purpose of this post, here is a bit of my background: I’ve been an employee of a small/medium/huge company, I’ve been part twice of what we can call a startup (the word wasn’t popular in Canada at that time), I’ve been a freelancer, and I hung out quite often within the startups’ world in Montreal. I’m far from being an expert about startups, but it’s even more frightening as it’s what I saw from the “outside” so I may not be the only one. As I write before, I’m happy where I am now, but I may get back to freelancing or will create my startup one day, so I have nothing against those types of enterprises. From what you read, am I wrong? Did I misunderstand something? What do you think about those points? Share your thoughts.