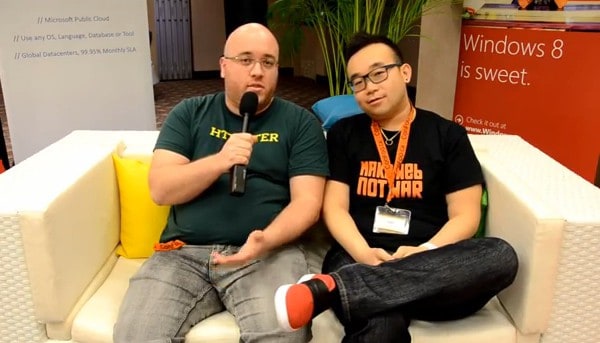 In this video, we talked about Confoo of course, because it’s one of the conferences we both love. I, obviously,  asked Keith to talk about Make Web Not War itself, and I’m seriously happy that he took the lead on it, and didn’t let the program die: they just build a new site, get new partners… They did a really great job with the site, and the improve approach they took. Open Source, Web Standards, Open Data, and interoperability is what is all about. We also talked about the lounge, and technology we had at the conference. I really hope Microsoft will be there again this year to show the amazing stuff they do, and I hope I’ll be there too to show the awesomeness of Firefox OS! The more I think about it, it was mostly a video about promoting Confoo than Make Web Not War.

Were you at Confoo? Will you be there next year? Did you know about Make Web Not War? Do you think Microsoft is more open than before? Share your thoughts!