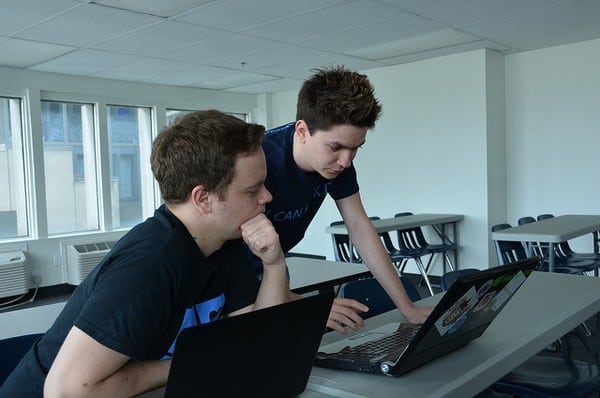 Looking for a Windows 8 or Windows Phone freelancer? I know one of the best out there!

While I was at Microsoft, I had the pleasure to work with talented Windows 8, and Windows Phone developers. Some of them became friends, like Sebastien Lachance.

When Sebastien told me he was taking on over his dream, and started as a freelancer, I was so excited, and I wanted to help. I know Sebastien for a couple of years now so I know I can endorse him without any problem: he is an amazing developer! It’s not just about what I saw while I was working with him, it’s also about the things he did. Just recently, two of his apps were in the spotlights list (featured/most popular apps) of Windows Phone: DualShot, and App Spotlights. He is also a Microsoft MVP (Most Valuable Professional – a recognition for the best professional related to Microsoft’s technology), and also a Nokia Developer Champion. Sebastien just started his own company, and he can already count as his customers, Microsoft Canada, and RedBit Development (an amazing Toronto company I had the pleasure to work with). No needs to say that Sebastien is also well connected to people at Microsoft as to product teams behind the two technologies he is an expert of: Windows 8, and Windows Phone. He is also well involved within the Montreal community, and started the Microsoft Metro Montréal user group: we can’t say he isn’t a passionate man!

So if you are looking for a freelancer (who speak French too) with an expertise about Windows 8, and Windows Phone, someone who will deliver quality projects, and someone who already has countless of apps behind the tie, I highly suggest you to contact Sebastien, and have a look at his LinkedIn profile. You won’t be disappointed!