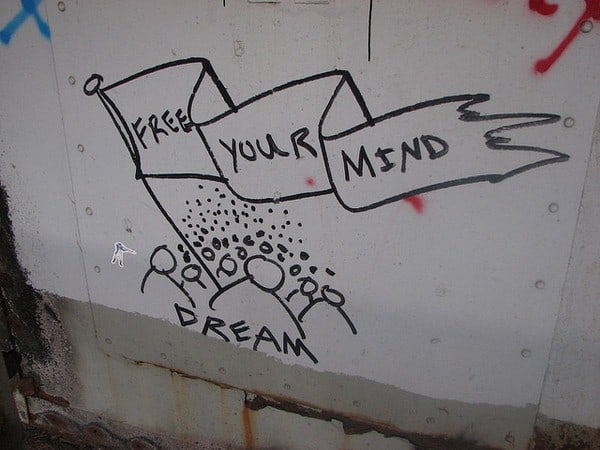 I don’t trust my memory anymore! Don’t get me wrong, I’m not that old, but since I’ve read Getting Things Done, I included some of David Allen principles into my life: one of those is to write everything you have to do on a paper to free up your mind. Everything, even the smallest things like buying milk.

If I have a task or an idea about something I cannot do right now, I write it down for two reasons. Firstly, I don’t want to forget it: if I thought about it, it’s probably because it’s important enough. It’s something I have to do, or I want to create, so I write it down as I don’t have the time right now,  and I know that later, I’ll have many other things in my mind. The second reason is to empty my mind, and focus on the task I can do now.  How many times did you think about a task or something you had to buy at the grocery, many times a day? It happens quite often, as you don’t want to forget to buy milk after your day of work (replace milk with any other task). The collateral damage is that you are stressing about something you shouldn’t, and you won’t be able to focus on the task you have to do right now. Maybe I’ll forget to check my todo list for the day (kind of ironic), but it won’t be lost: it will be there, waiting for me, so maybe tomorrow, I’ll  check my list, and remember I have to buy some milk.

Since a couple of years now, I’m using Remember the Milk to list everything going from buying a gift for my mother’s birthday, to sending an email about an important project to one of my colleage. I even bought AquaNotes (notepad for the shower) to write down idea I have in the shower (funny enough, I have many projects, and blog posts ideas while showering – like this post). I’m trying to empty my mind as much as I can, so I can be more productive, and less anxious about other stuff.

Try it for a couple of days: the tool you used don’t matter, just take a notepad. Every time you think of a task, whether it’s personal or for work, if you can’t do it right now, write it down. You should be more productive, and more concentrate on the actual moment. You may even be surprised a couple of days later to find on your list stuff you totally forgot about…