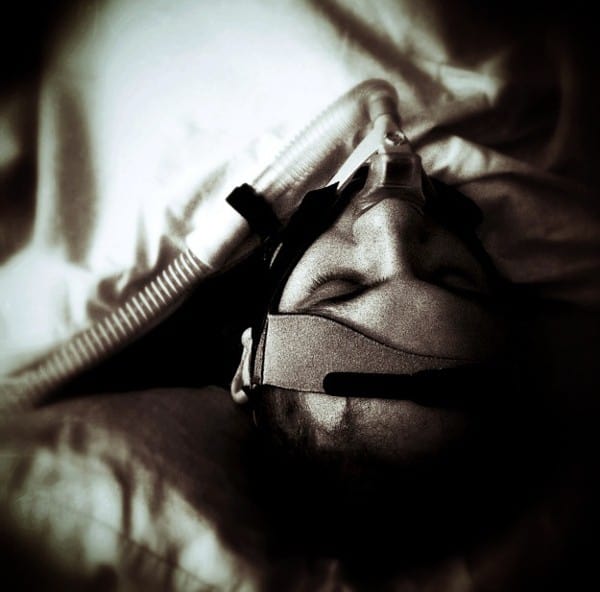 A couple of weeks ago, a friend of mine asked me about my own experience about sleep apnea as he got diagnosed. I hope this post will help people to understand what is it, and how to live with it.

A little less than two years ago, I decided to take an appointment with a doctor as I was always feeling sleepy. Even after a good long night of sleep, I was waking up in the morning feeling tired, dizzy, and sometimes having a headache. Of course, I was not the most active person in the world, but I was sure something else was wrong. Once in the doctor’s office, after some questions, the doctor told me that I was a good candidate for sleep apnea, so he sent me to an ORL (Oto-Rhino-Laryngology). The ORL agreed with the doctor, so he asked me to do some tests to see if it was really the case. I went to a private clinic as the waiting time for a test in a public one was a couple of months, and would not have been as accurate. If I’m not wrong, it cost me 1000$ instead of being free, but since it was ruining my life (always tired!), I decided to go for it. The result, as you can expect, is that I was doing sleep apnea like crazy!

What is sleep apnea?

From Wikipedia, sleep apnea is a type of sleep disorder characterized by pauses in breathing or instances of shallow or infrequent breathing during sleep. Each pause in breathing, called an apnea, can last from at least ten seconds to minutes, and may occur 5 to 30 times or more an hour. In my case, If I remember, I was pausing nearly once per minute. From what the ORL explained me, that means that my brain is always working, making me breathe when I stop, so I never really sleep: I, at no time, reach the sleeping phase where you truly recover. Even after a good night of sleep, maybe eight, nine or even ten hours, I was feeling sleepy: it’s because I was kind-of sleeping, but never in recovery mode. This is crazy as it was probably like this for a while, and when your body doesn’t sleep enough, you know what happen! Of course, being fat doesn’t help, but there are slim people who still do sleep apnea.

How to live with it?

After they diagnosed me with sleep apnea, I had to buy a CPAP (Continuous Positive Airway Pressure): it’s basically a device that pushes air into my nose (or mouth depending on the mask, and how you breathe) to help me breathe normally while I’m sleeping. The result? It changed my life, nothing less! Of course, not at the beginning as it’s the most annoying thing in the world to have to sleep with this, but once you get used (if you can really get used to it!), it helped me to have a full real night of sleep. I was finally able to get to the recovery level of sleep everybody needs. It also means that I need to sleep with this every night, and that I need to travel with my CPAP. It’s really annoying, but it’s something I cannot put away, trust me. There are many types of mask, CPAP, and even tubes. On my side, I decided to invest in a good one (and my insurances reimbursed it, yeah) so I went with the ResMed S9 (around 1000$). It has this nice little feature that gives you some data on a SD card, but more important, and humidification system so you won’t have throat or noise irritation in the morning. With the CPAP, I’m using a Swift LT mask (I want to change it for a newer model): I tried a mouth one, but it was too big, and I realize that I’m breathing through my nose while sleeping, instead of my mouth. Last, but not least, they gave me a ClimateLine: a tube that heath the air so it’s not uncomfortable when you breathe. As you can see, it cost a lot to have sleep apnea.

As I said, being fat doesn’t help, and I won’t know for sure if it’s because I weigh too heavy, but it’s one of the motivation why I want to lose weight: get rid of this annoying “I’m breathing like Darth Vader” machine. Keep in mind that I’m not an expert on the subject, so if you always feel sleepy, have some symptoms, please consult a doctor. If you have any questions related to my experience, feel free to leave a comment or send me an email if you want to keep your question private.