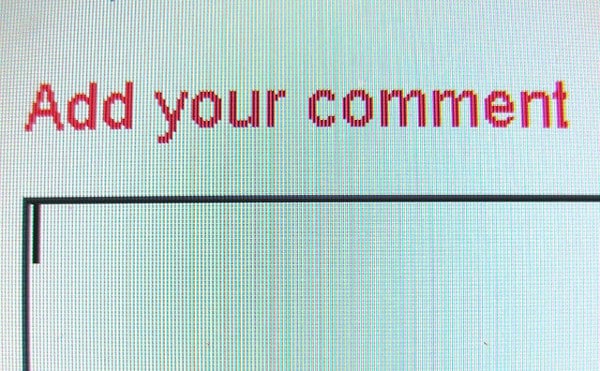 It’s been a while that I want to write this blog post, but the friend Nicolas Roberge, beats me four years ago (in French). I think it’s still an important topic, so I’ll write my own version of it.

Since a couple of years, we have many communications channels on the web, and some of them has been used to cross-promote others. As an example, when I’m writing a blog post here, I’m promoting it on Twitter, Facebook, LinkedIn, and even Delicious. It’s a way for me to let people know about my blog, and reach people who didn’t subscribe to it. You’ll tell me that if they didn’t subscribe, it’s because they don’t want to hear about my opinions, but it’s another topic. Too often, people will comment my post on the platform where they see it: if they saw a tweet about the post, they’ll reply to it directly, instead of using the comment section to do it. For me, there are two problems with this:

It spread the discussion on many places

I have no problem to have many discussions, with a lot of people, on different platforms. The problem is that it really spread the discussion. That mean that people who replied to me on Twitter, may not have seen what others told me on Facebook. It dilutes the conversations as for me, as an example with my blog, it’s not just about making my thoughts available to everybody online: it’s about conversation. It’s not only about having this one on one bid-directional discussion: it’s also about one to many. Sometimes, other’s opinions will make me think about something I didn’t have in mind, or may change the way I’ll add a comment to a discussion. No matter the platform, if everybody would comments on the same platform, I’m sure it will help us have a bigger, and astonish discussion!

It doesn’t help with the sustainability of the content

I made a clear decision a couple of years ago: my blog will be my main communication platform. Don’t get me wrong, I like Twitter (I also tweet a lot), and I know the importance of LinkedIn, but my blog is the only home online I really own. I won’t go further about the importance of owning your content, or to start a blog as it could be a post by itself, but this is my choice. In the future, if someone wants to check an old post I did, he won’t have all the retroaction of people. If I choose to close my Facebbok account as I did a couple of years ago (I re-open one for the sake of event’s invitations), I’ll lose every discussions. That could happen with my blog, but as I said, I own it: what will happen if tomorrow Twitter closes? Alternatively, if Twitter got bought by another company who just let it die at some point. Again, I’ll lose everything. Let’s be honest; it’s also not easy to find conversation on those platforms. Some of those social media don’t have any advantages of opening their system: in my case, my posts are indexed, it’s open to everyone, you don’t need any account or to install an application… Just use your preferred browser!

So let’s be honest: we don’t always take the time to comment to the source of a post, a status… I even have comments sometimes from people who didn’t read my post at all, just by checking the title they saw on the platform I promoted it. I still think that like anything in life, you need to take the time to do it right. So from this day forwards, think about it, and comment at the source. Do you think it’s a crazy idea? Are you already doing it? Do you think it’s stupid in a world where we have so many communications vehicles? Share your thoughts!