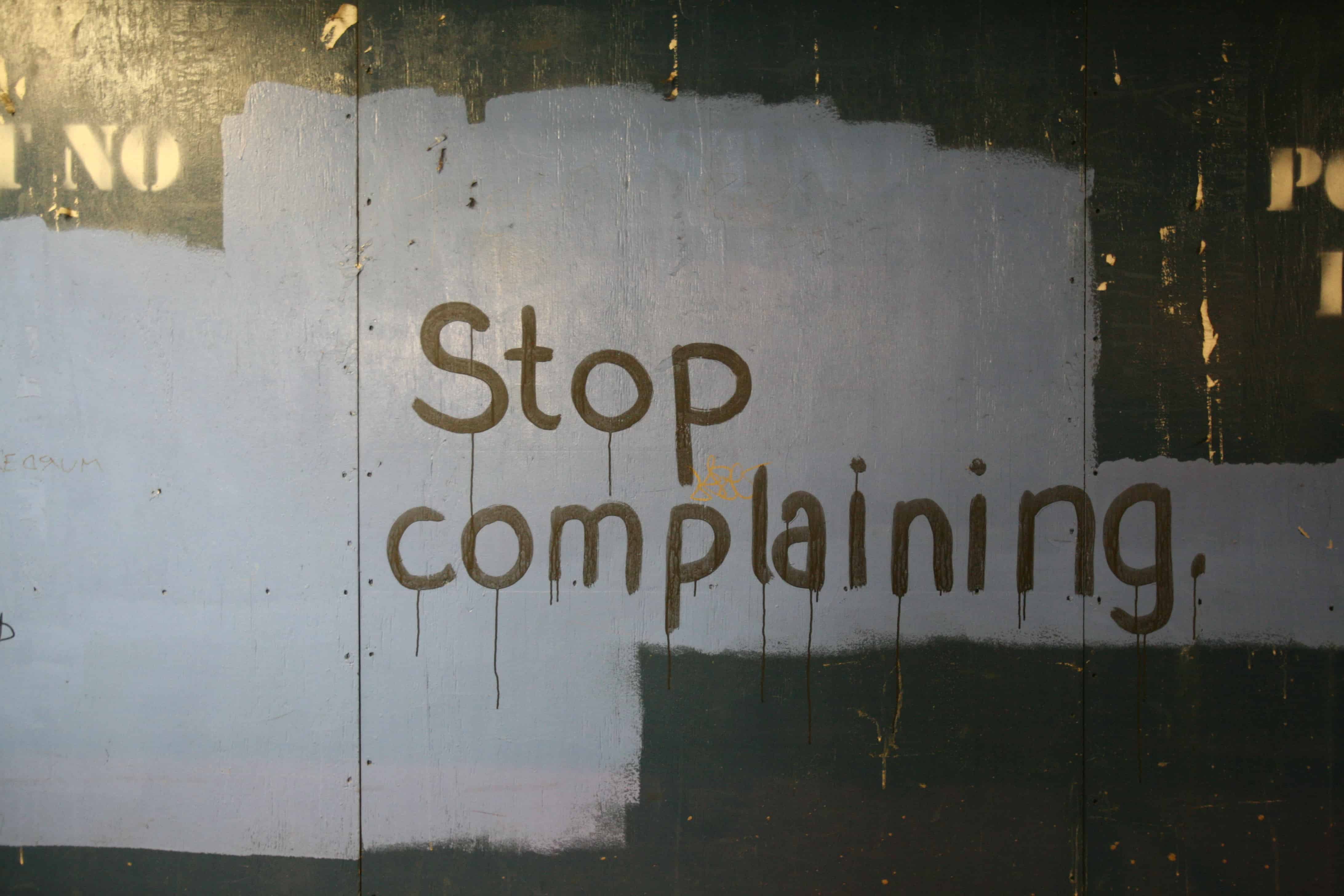 Did you ever take the time to look truly at your social media feed? I did a couple of days ago, and I realized that status and tweets could mostly all be placed in two buckets: people complaining about something or someone, or people sharing moments of their perfect life. I’m not judging anyone; I’m part of that oversharing duality.

I’m a positive guy, but I tend to complain a lot. So I did an experiment for a couple of days: every time I was going to share a complaint on the web, I refrain myself. I’m not talking here about useful complaints, like a tweet to a company when I have an issue with their software. I’m talking about what I would call empty complaints: those that exist for the sake of complaining. What I realized is that I was complaining a lot more than I thought. I also realized that I didn’t lose anything by stopping to do so: those following me saw that some slipped out once in a while, but overall, I stopped to complain. As Zig Ziglar said, the more you complain about your problems, the more problems you will have to complain about, and it’s true! Even more, I started to think less in term of complaints, and more about what I can do to fix the issues. In the end, the best way to complain is to make things happens. If I go a little further, I will even say that it helped to make social medias a better place to be, at least, for my friends and followers.

I’ll continue to complain less, and I highly suggest you to make that test too. You’ll see how small things like this can change your relationship online, your way of thinking, and your overall well-being.