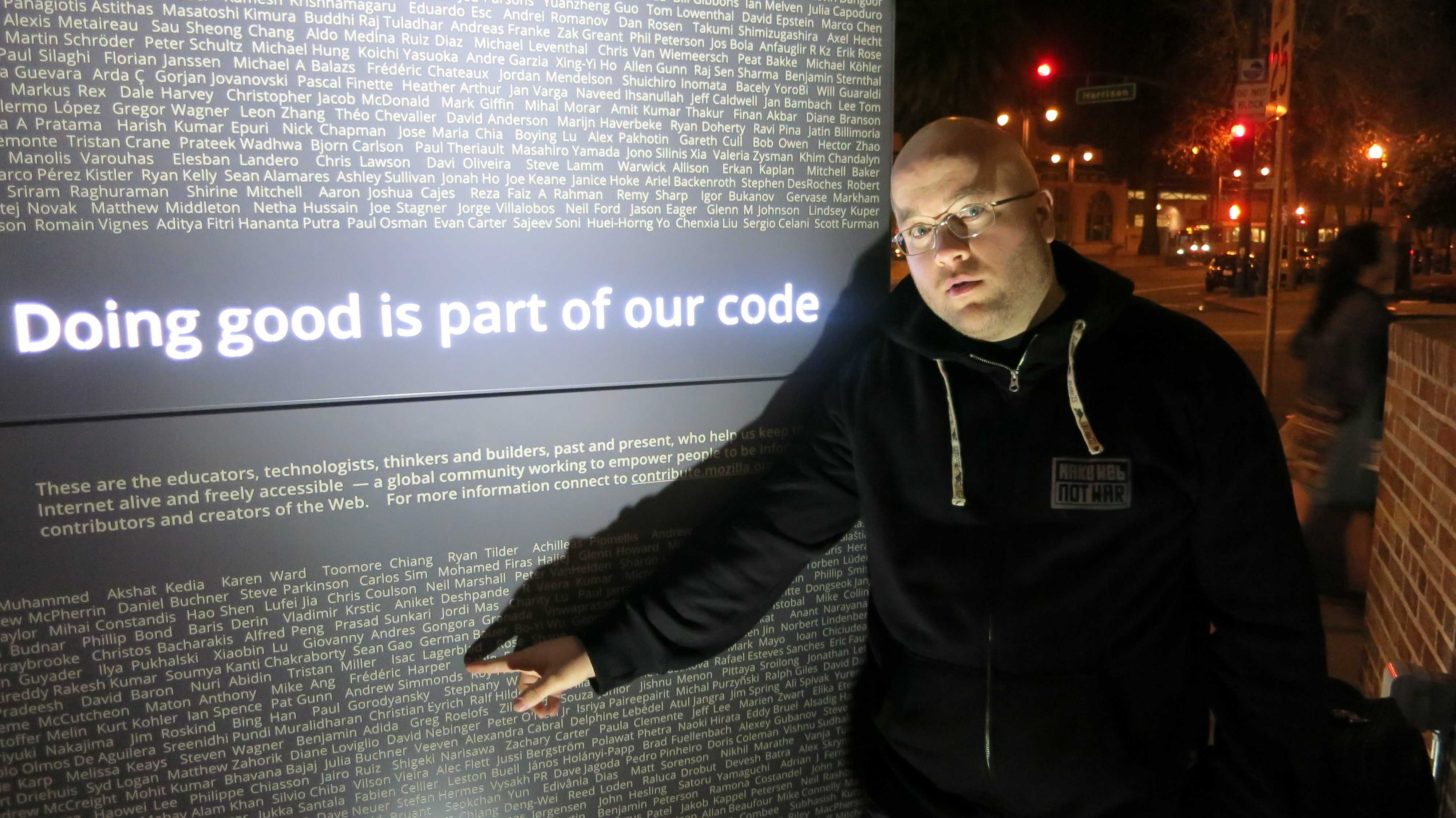 One year at Mozilla

On July 15th last year, I was starting a new job at Mozilla: it was the beginning of a new journey. Today, it’s been one year that I’m a Mozillian, and I’m proud.

One year later, I’m still there. It means I like what I’m doing, my team, my manager, and the company. It has been an interesting, but amazing year. I always say that my job is to give love to developers, and it’s true. I’m fortunate enough to have a job where I can share my passion with other, and being paid to help them. During the last year, I spoke at 26 events (conferences, user groups…) sharing about technology and educating developer about open web app like Firefox OS. I’ve helped many developers to fix their bugs, create their applications, provide a better experience to their users, solve the issue they had, and even more important, be successful on the platform.

I’ve always been energized by the fact that the line between working, and having fun for me is really thin, but the volunteers I meet stoked me. The passion, the energy, the time they give to Mozilla, or should I say, to get a better Web, an open one, and help people to take ownership of that web, is astonishing. I will always remember the events I’ve done with them! There is no way you can’t be pumped up for your work, when you see those people giving their time and being dedicated 100% to the mission like that. To all Mozillians, I salute you, thanks for being part of my life!

I can’t write a post about my first year at Mozilla without talking about the travels: I’ve been on the road for 104 days in 15 cities (Toronto, Krakow, San Jose, Brussels, Guadalajara, Budapest, Athens, San Francisco, Moutain View, Barcelona, Paris, Prague, London, Bangalore, and Mumbai) from 12 countries (Canada, Poland, USA, Belgium, Mexico, Hungary, Greece, Spain, France, Czech Republic, UK, and India). For someone who like to discover new cities, cultures, foods, and more, travelling for work is an amazing bonus.

I’ve been a Technical Evangelist for three years, and a half now. I’ve not been in this role for a decade, but it’s not something new for me, I have some experience. Still, I learn a lot in the last year, and it’s perfect as I’m one of the kinds who think we should never stop learning, and improving ourselves. For now, I would not like to be in another position…

Mozilla is a strange beast

The biggest learning curve for me was about the organization, or should I say, the company. Mozilla is a particular beast, a strange one. As far as I know, no other company can be compared to Mozilla: it’s unique. No one can be against the mission of Mozilla, and all the Mozillians move forward to make the web even more open. We are working on amazing projects that changed, and will continue to change the world. We are a bunch of passionate people who believe in what we do, and for any enterprise, it’s a definite asset. We can go, and do what other are afraid to do as we are not there to make money (even if we need money to survive). It’s crazy what all Mozilla together can accomplish.

On the other side, Mozilla is cannibalizing itself. We are getting bigger, and bigger, but we are not always well organized. Because of the nature of Mozilla, everybody has, and wants to give their opinion, and some people tend to forget that it’s their job. The industry has higher expectations for us. We are pro open source, and open web, but we are not always pragmatic. We need volunteers to be successful, but we tend to accept everybody, when we should aim for quality instead of quantity. At the same time, we have so many projects we are working on: it’s not just about Firefox or Firefox OS my friends. Don’t get me wrong, I’m not complaining as I love Mozilla. I guess that it’s part of my reflexion on the last year of my professional life. We are getting better at organizing ourselves, and I hope it will continue that way as I want Mozilla to be the protector of the web for many more years to come!

Today is the first day of my next year at Mozilla, and I’m looking forward to many more!