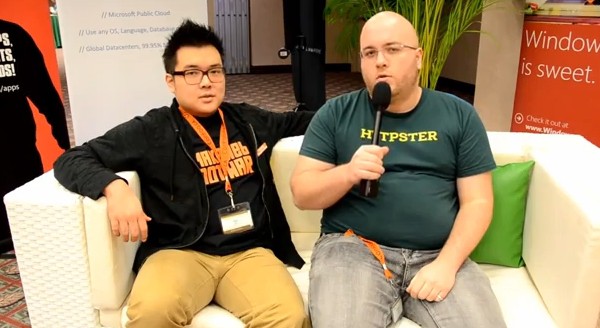 Make Web Not War TV – 3D printing with a Kinect, and Raymond Kao

As you probably already know, I made a series of interviews at Confoo last year. It was a good place for this as many excellent speakers, and developers were there. One of the interviews I did for the Make Web Not War TV was with Raymond Kao, or Ray as everybody calls him. What I like of Ray is that he is not just the guy behind People & Code in Toronto, but he also runs many more stuffs, like LearnTO or MobileStartupTO.

In the video, we basically talk about the 3D printing booth that they had in the Make Web Not War lounge during the conference. It used the Kinect sensor to scan the person or any other object to print them in 3D. I didn’t have the time before leaving Microsoft to edit this video, and add more footage as I promised you, sorry about that. We also discuss about how they use Windows Azure to make all of this happen. Last, but not least, Raymond introduces us to what they do at People & Code, a company I highly suggest you to work with if you are in Toronto.

Do you think that 3D printing is the future? Did you see anything amazing that has been done with those? What do you think of these kinds of projects? Share your thoughts!